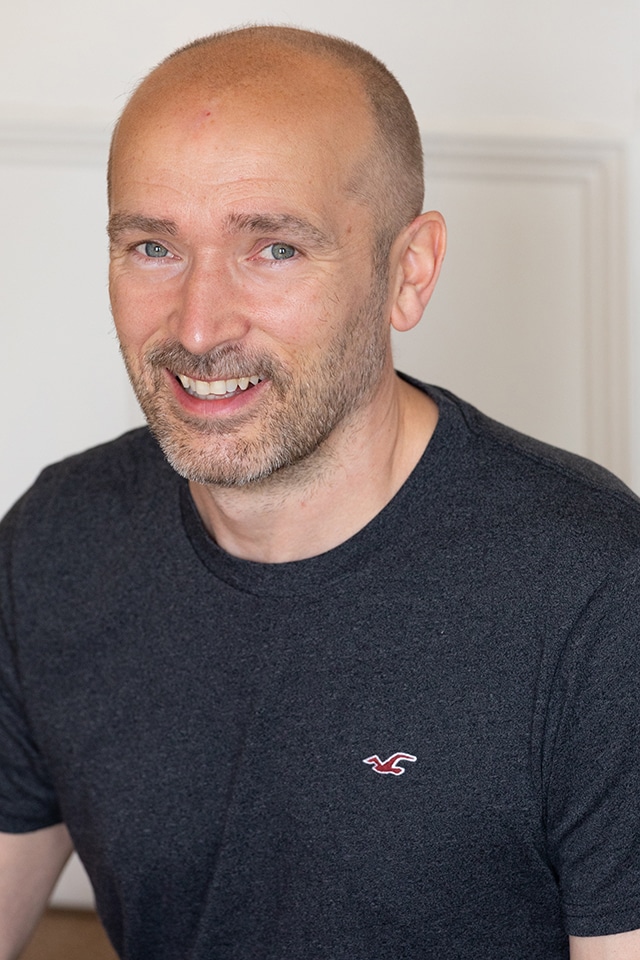 Rhodri became interested in osteopathy after other therapies had failed to fix a long standing neck injury he had had for years. When osteopathic treatment resolved the issue for him he decided to get out of the IT office and become an osteopath.

Understandably, after his own neck problems, he is fascinated by office related pain, but he also loves treating sports injuries, and works closely with Jay Sheridan, our sports therapist, and Pierre Bonnaud, the physiotherapist.

Having previously lived in Singapore he enjoys travel (particularly through Asia), and used to enjoy both yoga and running. A recent addition to his family, however, means that all of these things have gone out of the window and he spends most of his time trying to get the little one to sleep, while desperately trying to stay awake himself!

Do ask: Where is the best place you have visited?

Don’t ask: Anything about sleep?

Testimonial for Rhodri: “I had a whiplash injury after crashing into my patio doors head first.  Rhodri diagnosed my pain and relieved a lot of pressure in my neck.  He gave me exercises which helped a great deal.   I know it will take a long while to be back to normal, but thanks to Rhodri I’m getting there.”  Hilary White, Higham Ferrers